Journey Into Khöömii
by Jean-François CASTELL 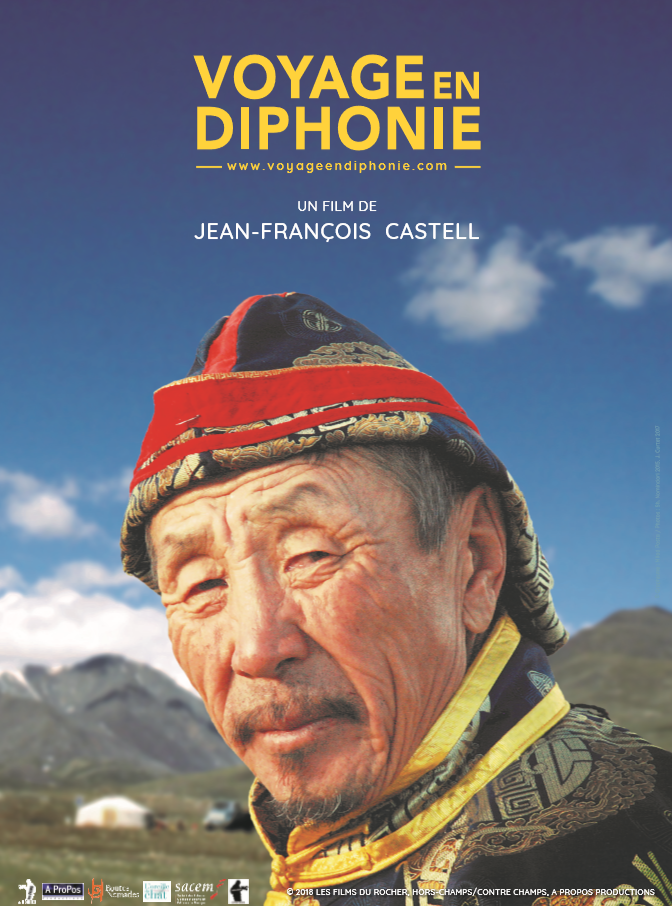 After Masters of Overtone Singing, the new documentary film by Jean-François Castell
Release May 2018 – 70′

Since 2010, the Mongolian Traditional Art of Khöömii (throat singing) has been inscribed on the Representative List of the Intangible Cultural Heritage of Humanity by UNESCO, and the research of Johanni Curtet and his spouse, Nomindari Shagdarsüren, as well as the recordings published by their association, Routes Nomades, have contributed to its nomination dossier.
Following this, Johanni and Nomindari have spent six years preparing a double-disc, An Anthology of Mongolian Khöömii, to become a key work of reference on khöömii.
In 2016, in conjunction with the release of the anthology, they organized a unique tour with 12 khöömii performers and musicians. Male and female masters, young and old, with diverse backgrounds and from different provinces of Mongolia spent two months together on the most beautiful world music stages in France and Switzerland. Based on the voluntary participation of these khöömii representatives, Johanni used their exclusive presence to conduct a research with C.N.R.S., Gipsa-lab and C.H.U. of Grenoble. The first-ever experience…
Journey In Diphonia traces these intertwined stories: the foundations of an ethnomusicological, ethical and fair approach; the history of the tour from the inside; the scientific investigations; the mystery of khöömii, its deep relation to nature and its transmission; the restitution of the anthology in Mongolia during the summer of 2017 to the khöömii performers and to the families of deceased musicians present on the recordings; and the personal adventure of Johanni and Nomindari with the incredible individuals who enliven and advance the art of khöömii today.
This film is dedicated to Papizan Badar, a Tuvan khöömii master from Mongolia, who journeyed for the first time to perform in the West, achieving one of his life dreams. 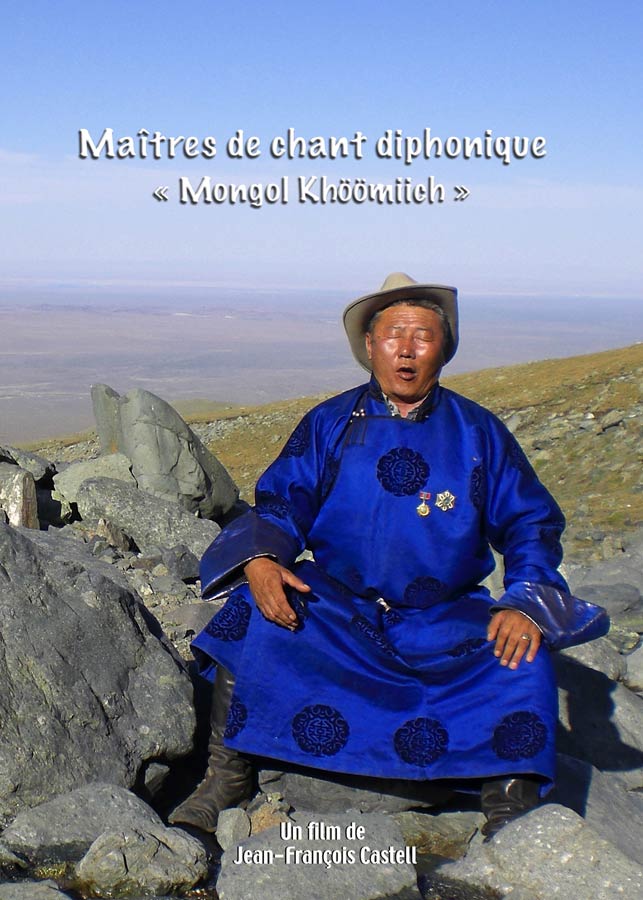 Excerpt of the film

Dörvön Berkh is a vocal ensemble composed of four of the greatest masters of Mongolian khöömii. This is Johanni CURTET, a young French researcher in ethnomusicology, who had the idea to gather them together for a series of concerts and recording of an album. In the film, we follow the work of each one in Mongolia and France: creation of the concerts and work of the great masters, and also the research of Johanni, who studies the sources of this ancestral music and examines its practice and way of transmission. From the creation of the tour in France, to the boundaries of the Altai steppes, the film invites us to experience a rare, enchanting musical and ethnographic journey.

“Masters of Overtone Singing” in DVD

Release: May 2012 • Film: 53 min
Bonus: 33 min
Find a long music track with Tserendavaa singing khöömii near the waterfall, Sengedorj playing tsuur flute next to the river, Ganzorig performing his famous “Khoomii magtaal,” a live video of an unreleased song of Dörvön Berkh, as well as Tsogtgerel talking about how he learnt khöömii, Johanni giving overtone singing lessons at the University of Rennes 2 or explaining his reflections on his research at the Sound Archives of the Academy of Sciences in Ulaanbaatar.

DVD OUT OF STOCK